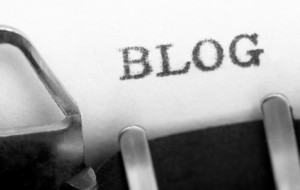 As Jonathan McCalmont memorably observes in a post on his blog, Ruthless Culture, this week, ‘most blog posts tend to be lengthy monologues bellowed into a storm of utter indifference’. It is, for the most part, unavoidable; it is in the nature of a medium which is staggeringly generous in the way it deluges one with possibilities but wretchedly parsimonious when it comes to offering responses. It’s like being offered the longest menu in the world and being invited to choose from it. Well before you get to the end of the list your eyes will have glazed over, your brain will have shut down. Choice becomes impossible.

I feel like that about the blogosphere at times, particularly when I look through my feed reader. What am I hoping for when I look through these blogs. Or, rather, when I glance through the list, tagging posts here and there to remind me to come back to them later. And I do that how often? Tagging posts is like recording tv programmes for later, with about the same effect.

And in the meantime, the monologues continue. Here, I’m writing another one now. And yet, I’m keeping this blog because I am in search of a conversation. I want to find like-minded people. I know they’re out there. Some of them know I’m here too. We all read one other’s blogs but, and again Jonathan puts it well, something is not quite right:

We write about the arts but we seldom actually converse; ‘the conversation’ is not something that people have, it is an abstract entity that exists half-formed between dozens of blog posts, reviews and articles.  Like the world, it is everywhere and yet impossible to locate.

I think many of us are, in our various accidental ways, mapping the absence that persists in the middle of this without being quite clear what that absence is, perhaps because it can’t be properly defined, or maybe because for each of us the absence manifests itself in a slightly different way.

The articles and reviews are essential, of course, because without them the conversation doesn’t even start, but we also need the link-rich posts to provide the necessary instructions on how to find them. I am delighted that Jonathan is going to be taking up a more visible role in providing that guide. I, in turn, will do my bit by drawing attention to the link-rich posts where I see them.

Yet, for me, personally, something is still missing. In fact, it’s not a nebulous ‘something’; I know exactly what it is that is absent, and I’ve known all along. It’s participation. Not anyone else’s, though goodness knows, it would cheer me if a few more people did comment on my writing, but my participation in the discussions elsewhere. As I’ve already noted, a characteristic of the medium is the overwhelming abundance of material, the so-called ‘information overload’ which suppresses the ability to deal with any of it. It becomes tempting to stay close to home, on one’s own blog, where it’s easier to cope, a kind of internet agoraphobia.

Having said that, I can’t talk to the whole internet, nor do I want to. In theory, I do, given that my blog is an open forum, the internet equivalent of standing at Speaker’s Corner, proclaiming my opinions. But I do not engage with others. And if I do not engage them, why on earth do I expect people to engage with me? Or do I seriously think that my posts will function like so many intellectual breadcrumbs, drawing people to my blog to talk? Probably not.

I’ve been thinking about my lack of participation for a while, pretty much since I restarted Paper Knife. One aspect of it arises from the sheer overwhelming volume of material to deal with. I have neither the time and the energy to process it all; indeed, I suspect a lot of other people don’t either (though kudos to those who appear to be able to combine daily life with a 24-hour scrutiny of the web). Strangely, I found my answer yesterday evening while I was listening to Radio 4’s The Bottom Line, best described as a business chat show. Last night, the guests were talking about market research, and drawing an interesting and enlightening distinction, for me at any rate, between quantitative and qualitative research. The first gathers a broad mass of data, the more the merrier, but the second, as its name implies, is more focused in its efforts. The obvious solution is that I need to construct my own micro-community within the broader mass of blogs and focus on that. Hardly a revelation, I realise, but it was one of those moments that helped me make better sense of what I want to do.

The other aspect of my disinclination to participate has preoccupied me for a lot longer and, indeed, has caused me to back off of much involvement in online discussion generally, even back in my days on Live Journal. I could politely refer to it as a general lack of civility in discussion, but frankly, there are too many parts of the web where ‘discussion’ consists of commenters browbeating other people into accepting their point of view, come what may; general ad hominem attacks and a tendency to pile in for the sake of the fight, rather like kids gathering around a scrap in the school playground, rather than because individual contributors have anything useful to offer. On the internet you never need to think about taking turns in the discussion or bothering to pay attention to what anyone else is saying. As a medium it invites drive-by commenting. Someone is Wrong on the Internet. Press Enter and everyone can learn why they are wrong and you are right.

The internet connects but it also strips us of so many of the cues that might facilitate a more reasonable discussion. It is not that I want everyone to be nice to each other on the internet (though, actually …) but there are times when I could wish people would conduct themselves more as though they were in a seminar rather than yelling insults from a distance (and for reference, on this blog, commenters will be required to conduct their discussions in a civil fashion and with due respect for the views of others, or else risk my considerable wrath and the introduction of moderation).

It cheered me immensely to see Paul Charles Smith saying something very similar in Getting The Conversation Right on his own blog, Empty Your Heart Of Its Mortal Dream (which incidentally wins my vote for one of the best blog titles ever), and to see the point being made among the comments that pitting a like against a dislike doesn’t make for a discussion unless both sides are prepared to negotiate the nature of those views. There are some authors whose work I don’t particularly like but I don’t want to know that you adore them unless you can tell me why as well. In the why lies the opportunity for me to figure out why I might not.

Paul’s commenters touch on other issues as well, not the least of which is the self-consciousness of joining in if you really only want to say ‘Really liked the post’. Yes indeed, been there, not done that, been totally frustrated with people who’ve done it to me, because it does not advance the conversation. Except that I think I’m wrong here: it may be that people don’t have much to add to the conversation but they’ve stopped to say that they witnessed its taking place. I’m coming to the conclusion that is important. And if they keep on witnessing its taking place, one day they might have more they want to add. I think that is an important lesson to grasp and it is something else I shall be bearing in mind as I set out on the new, improved quest for a conversation.

In fact, it may be that we are all in search of something that doesn’t really exist. The nature of the blogosphere is such that it pushes to the extreme that faintly paranoid sense that the really good conversation is going on somewhere else, just round the corner, if one could only locate it. And so we must keep on looking – I have visions of us as Brechtian characters, staggering desperately into the night, frantically searching for the next whisky-bar before we die. Sometimes I wonder if the hunt for the conversation might, if we are not careful, become more important than actually finding it. However, I have also come to the conclusion that one way to avoid this is to follow my own version of ‘Think Globally, Act Locally’ by building a conversation outwards from this blog and finding ways to connect it to other micro-conversations. The Conversation is the ideal, of course, but a conversation is also a good thing.

Which is perhaps a good moment to note that I shall be starting a new conversation here shortly. I was in a café last week with Niall Harrison, Paul Kincaid, Jonathan McCalmont and Paul Raven and I happened to mention I’d recently started reading Northrop Frye’s Anatomy of Criticism.

Oh, said Niall, are you going to blog about it? I’d not thought about doing so, but suddenly everyone was saying ‘I really ought to have read this’ or ‘I’ve only read bits of it’, and before long we’d decided we would all read the book and write about our responses to Frye’s arguments. I’ve agreed to host the discussion here at Paper Knife over the next couple of months, and you’re all very welcome to join in. We will start on March 7th with a consideration of the ‘Polemical Introduction’. I’m really looking forward to it.