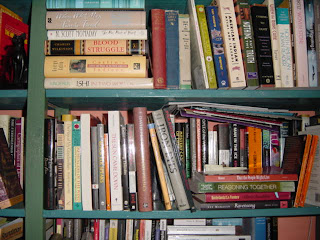 A slow reading month, even by my standards, with lots of books left half finished. They will appear in my next Reading Log post.

A general history of Native American experience, very general insofar as there were/are something over 500 tribes and one can only essentialise their experiences so far, but useful for orientation.

This book came out of the research done by Welch and Stekler for the American Experience documentary Last Stand at Little Bighorn. I’d love to see the film. I highly recommend this book which is not only an account of Custer’s attack, paying a lot more attention to Native American testimony than is usual, but also a meditation of the place that the battle still occupies in the American psyche, all parts of it. Plus, it is very readable because Welch was such a damn fine writer.

I’ve already posted about this today.

I read this for the February Big Other book club but am at a loss to understand why people seem to like her writing (though I haven’t yet read through the responses on Big Other). Five stories, first-person narratives told in an identical tone of voice, and utterly impossible to distinguish one narrator from another. There is a unifying theme of family experience but surreal family experience. In the end I felt words were being poured onto the page for effect but not to communicate. Which is not to say that I want vast amounts of plot or exposition but if these were mood pieces, they left me cold. Whatever the Caponegro love is, I do not feel it.