It’s hard to think straight at the moment, given I seem to be living in every pessimistic sf novel I’ve ever read.  The nightmares of my teens and twenties have all come true in the last ten days and writing this seems excessively indulgent when other things need to be attended to. At the same time, I remind myself that I do all the other things in order to carry on doing this, so it would be pointless to stop now.

So, here’s a round-up of things I read and watched in January 2017. 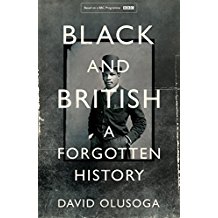 David Olusoga’s Black and British: A Forgotten History (2016) is linked to the recent BBC series of the same name. It’s a good basic introduction to the history of black people in the UK, if you’re new to the subject: my historical interests in the last few years have been such that I already knew something about most of the pre-20th century material (and quite a lot about Granville Sharpe and Thomas Clarkson’s anti-slavery work – I recommend Adam Hochschild’s Bury These Chains, if you want to read more), though there was enough new detail to keep me interested. I was less familiar with the late nineteenth/early twentieth-century and post-war material so that took up most of my attention. The book did show some signs of being published in a hurry – there are more editorial mistakes than I thought seemly – but it does have a decent critical apparatus. It also reminded me to buy Peter Fryer’s Staying Power, which I’ve been intending to read since forever. 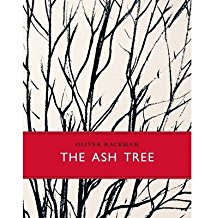 I’m nothing if not eclectic in my reading (actually, I’m not – it’s pretty much equal parts history, various kinds of nature writing, fiction – predominantly science fiction and fantasy, and criticism these days) so next is Oliver Rackham’s The Ash Tree (2015) one of the Little Toller Monograph series. I find these to be something of a mixed bag (Iain Sinclair’s The Black Apples of Gower was entertaining, though possibly not for any reason he intended; my favourite by far is Adam Thirlwell’s On Silbury Hill). I was eager to read this because, well, I like ash trees, but the book felt rather leaden and dully fact-heavy until, towards the end, Rackham started taking a pop at various authorities over the ash dieback crisis. 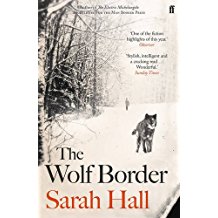 Sarah Hall’s The Wolf Border turned out be less than I was expecting, after a promising start.  I was hoping for something a bit more wolfish than I ended up with. I did not expect to get what is, to all intents and purposes, a contemporary version of the Gothic romance of the 1970s. Hated them then, really don’t like them now, even with a fresh spin. All the really interesting stuff was going on in the novel’s interstices, where we and the protagonist could only glimpse it. As a novel about national identity, it seemed have a lot to say about pregnancy. Exquisitely written, exquisitely frustrating. 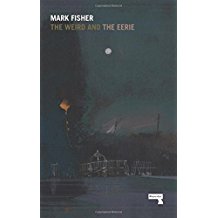 I was only dimly aware of the existence of Mark Fisher as a writer, and it took his death to draw my attention to his last book, The Weird and the Eerie, which came out last year. I’ll not say much about it now as I’m planning to reread it and write about it, but I will note that I did not expect to read a piece of work published in 2016 that was so white and so male in its critical approach. Only three texts by women were discussed, and a lot of the material discussed was old. The section on Alan Garner focused on Elidor, The Owl Service and Red Shift, as though Strandloper,  Thursbitch and Boneland, all equally pertinent to the discussion, had never been written. I’m also not sure whether Fisher realised that Yvonne Rousseau’s Murder at Hanging Rock (which he discusses in the section on Picnic at Hanging Rock, bu unforgiveably does not mention in the bibliography) was intended as spoof scholarship. And yet, there was much about the basic critical thesis that I found very useful, hence much of my irritation with the text. 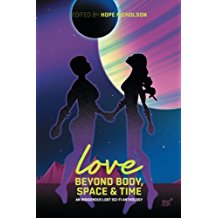 Last but not least, I read Love Beyond Body, Space and Time: An indigenous LGBT Sci-Fi Anthology, edited by Hope Nicolson. I’ve a review of this coming up in Strange Horizons so I’ll link to that when it appears. 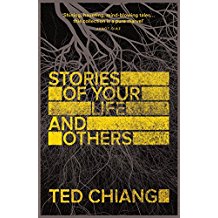 I also read (possibly reread) Ted Chiang’s Stories of Your Lives as I was going to see Arrival and wanted to read ‘Story of Your Life’. Ted Chiang is an excellent writer of a particular kind of sf that I happen to like, so job done. 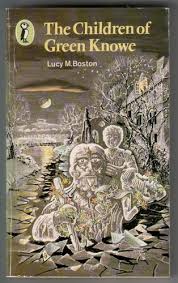 Other rereads were Alison Uttley’s The Country Child and A Traveller in Time, and Lucy M. Boston’s The Children of Green Knowe. I’ve never much cared for A Country Child as a story, but see now that’s because it isn’t, not really. To my adult eyes, the descriptions of landscape and country ways are beautifully done; Susan Garland remains annoyingly priggish. For that kind of thing I would rather read Flora Thompson’s Lark Rise to Candleford.

We went to see both Arrival and Rogue One, both very well done. I’ve already written about Arrival  so I won’t repeat myself here. Rogue One is, in many respects, everything I missed from The Force Awakens. Diverse cast, women flying X-fighters, enough nods to the original without being overwhelmingly cloying and sentimental in its fan service, funny, sarcastic, genuinely tragic, bizarrely life-affirming. This is my favourite Star Wars film.

We also went to see the Royal Shakespeare Company’s new production of The Tempest. The general view seems to be that the special effects probably work better if you’re in the theatre; they do not come over well on broadcast relay. (N.B., for anyone who has ever asked me what it’s like to have no depth perception without glasses, if you saw this play as a relay broadcast, now you know.)

Much as I have always loved Simon Russell Beale as an actor, I’m forced to the conclusion, reluctantly, that he now does Simon Russell Beale in a play rather than the character he’s playing. His Prospero was … okay, better than his god-awful Lear and the so-so Timon for the Royal National Theatre, but I’d been expecting more and I did not get it. Ariel and Caliban were far better, and that set me thinking about them as physical embodiments of the two aspects of Prospero’s character. Miranda was also rather gutsier than I’m used to, which is good, and Ferdinand was wet, as usual.

I’ve written about watching the BBC productions of The Children of Green Knowe and A Traveller in Time on DVD. Children has fared well over the years, Traveller not so much. I’m glad to have the DVD but the production has entirely lost its magic for me.

I’ve also just finished catching up on the BBC’s fourth series of Father Brown, which I continue to regard as alternative history, in a Britain where the Reformation never happened. The series bible now seems to be firmly stuck around about August 1953, though the background culture is quite clearly changing constantly. I’ve been struck in this series by the sudden influx of actors of colour, and not all of them playing villains, for a wonder. The only way to cope with the series is to entirely forget about G.K. Chesterton and think of it as Midsomer Murders in the Cotswolds, with a Catholic priest, though the last episode of the series featured John Light’s disturbing Sexy!Flambeau. The writers of this episode seemed to have some slight understanding of the complexities of the relationship between Flambeau and Father Brown, for a wonder, and it was rather enjoyable in its own funny, fuzzy way. There must surely be a spin-off series called Flambeau! any moment now.